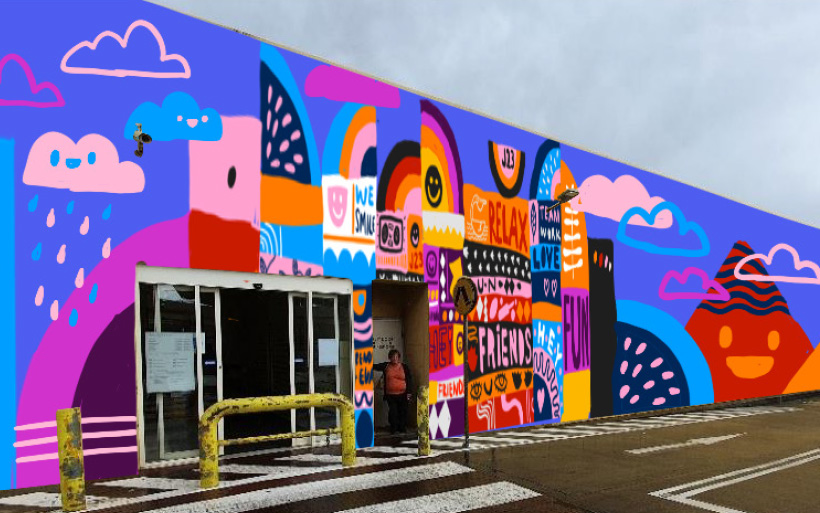 This Mural for Stockland Wetherill Park has now been completed.

Exciting news as I have been selected as the street artist to paint the Stockland mural in Wetherill Park.

Once the mural is complete I will add it to my website.

One of Two Mural Artist Selected for Stocklands Upcoming Mural

It was exciting news to hear that I was one of the selected mural artists to go into consideration for this upcoming mural project in Wetherill Park.

The first round was being selected into six mural artists before I was selected as one of two for the final decision.

This was the concept that I presented to Stocklands.

This mural concept would focus on being a bright gateway to welcome and embrace people coming into the building. It will be a colourful and joyous experience mixing a cross cultural display of words of belonging and illustration that reflects the community. The final artworks and words will be co-created with the community.

Stockalnds will be posting my submission on Stockland Websites and Socials, as well as Fairfield City council socials next week, for the community online to like and make comment.

There are five other mural artists too at this point though this will be dwindled down to three than one.

I do like the concepts of the following other two mural artists, George Rose and Georgia Hill, whose artwork I have admired for some time in general.

As a cultural identity is intrinsically linked to connection to place, I want to create a work that responds to community, cultural identity, and the representation of locality both globally and locally. This work intends to pay respect to the Wetherill Park communities ancestry, while also paying homage to the land on which their present community resides. Ancestry is represented by use of national animals from a selection of nationalities. These representations are paired with Wetherill Park’s topographical information to create a pattern, in which expresses the connection between people and place

This artwork presents the iconic Cooee call of the whip bird – Gaawii, meaning “Come here” in the Indigenous Darug. Alongside English and Syriac letterforms and scripts, this artwork celebrates how languages layer and shape our connections and environments.

This optimistic, unifying message will hero the many backgrounds of Wetherill Park locals in a truly contemporary piece. English lettering, the Indigenous Darug language, and Syriac alphabet, combine with abstracted elements to convey the beauty and connection all languages invite, where a sense of community and shared experience is established. 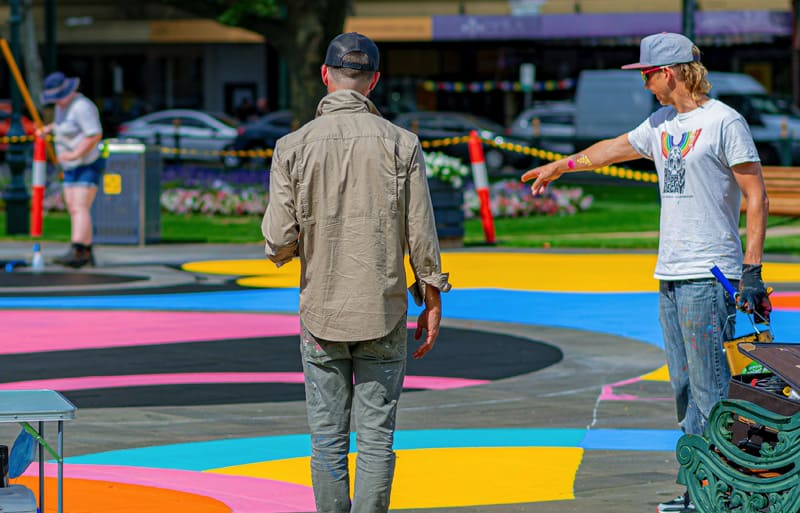 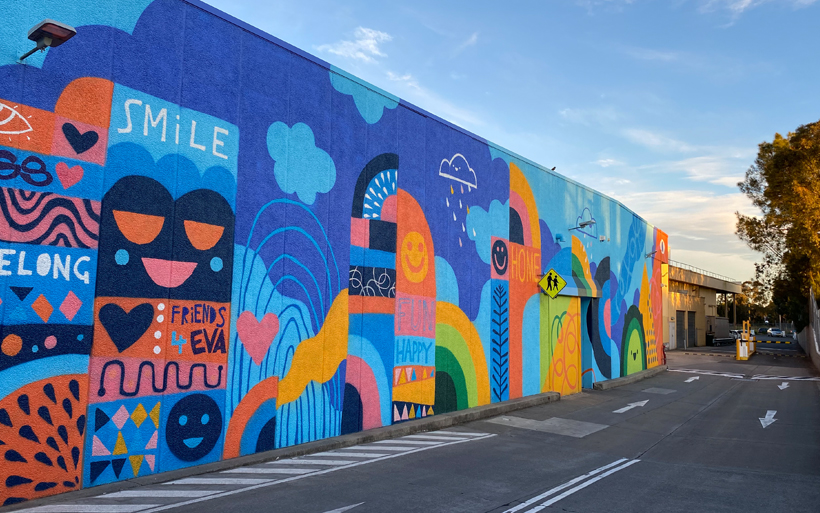 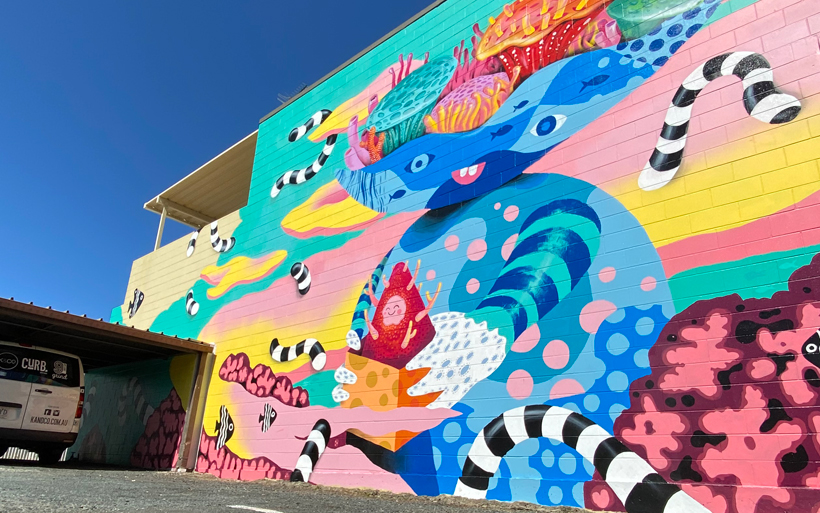 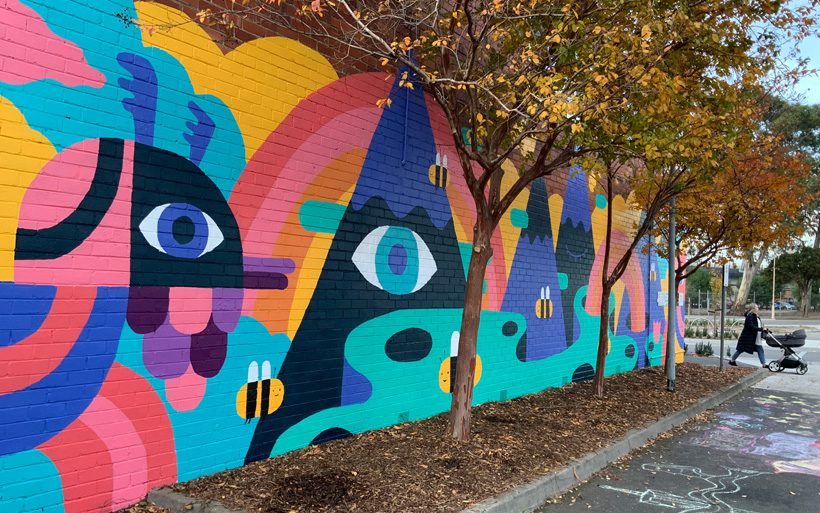 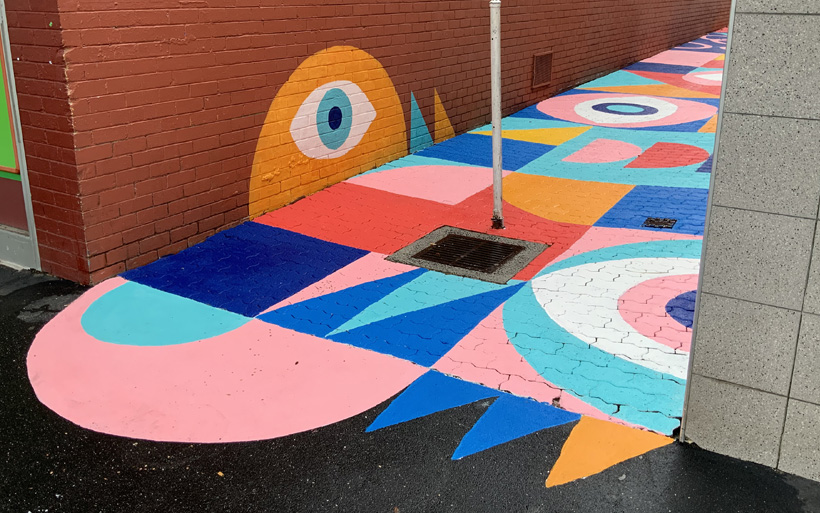 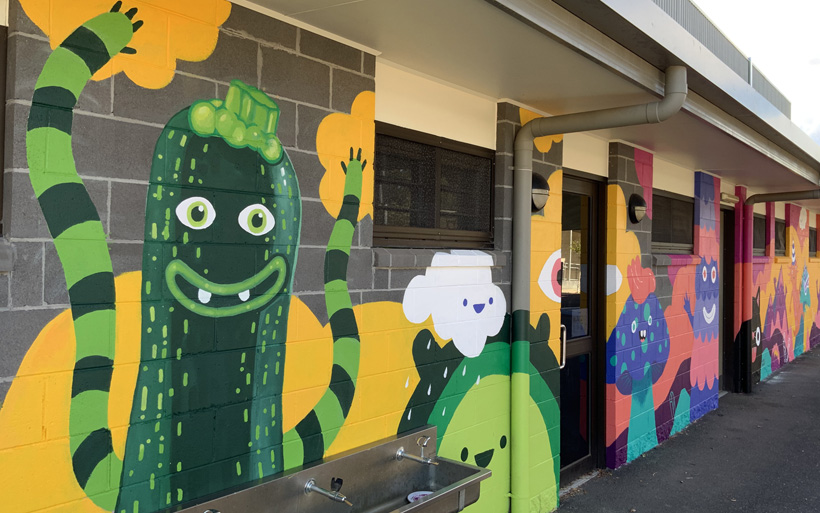